Firstly apologies - this is likely to be a long and picture heavy post (if it isn't then I've decided to make two separate posts).


After visiting the quilting museum in York I made my mind up to visit the Festival of Quilts in Birmingham at the NEC.  Wish I'd made my mind up earlier as could've saved a bit on the tickets and maybe  pre-booked a class (some classes were still available on arrival but not the ones I'd been interested in - lesson learnt!)


I hadn't a clue what to expect, the instructions simply said to get off the train and go into the NEC, when  finally got there I discovered that the NEC is HUGE (at least compared to anywhere I've ever been) consisting of 20 large barn sized halls, conference rooms and at least one arena.


Any how I finally hiked to the halls and it was well worth it.  So many beautiful quilts from all round the world, by junior and senior quilters, professionals and amateurs. 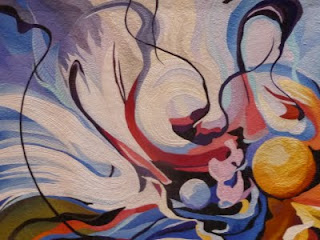 One of the prize winners - Octopussy (Janneke de Vries-Bodzinga) - I overheard some fellow viewers commenting that this had been done by an amateur in amazement (this is just a small proportion of the quilt. 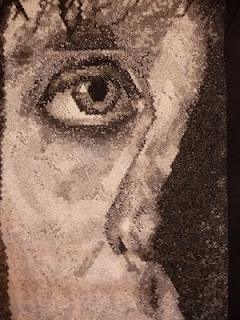 Billie Joe Armstrong by Charlotte Bailey, which for those of you caught by the hexies bug was constructed of nothing but... 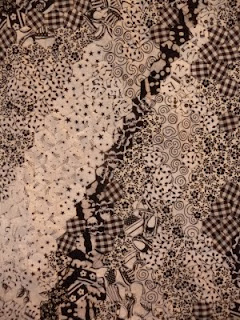 ﻿Can't remember the actual size (and the brochure has no details). 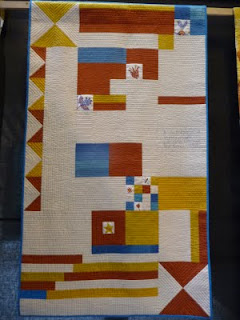 (Back to centralised pictures can't force Blogger to do what I want!)
This one is A Little Bird Told Me by Rosalind Jones, I just loved the deceptive simplicity of it with the straight line quilting﻿. 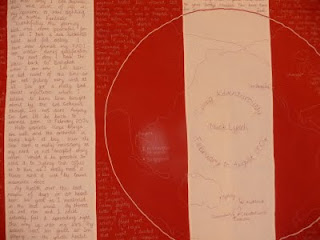 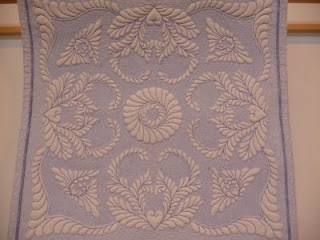 Blue Like a Wedgwood by Kumiko Frydl, no dimensions but a minature quilt wholecloth with trapunto and free motion quilting.
And finally (and barely scraping the surface of the approx 100 photos I have!) a work record breaking quilt from Czechslovakia... 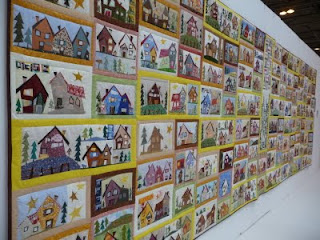 
Along with all the quilts were all the vendors stalls...I resisted pretty well (although I know which stands I liked and have noted their online addresses for future reference!).  That's not to say I came away empty handed - some fabric and a button as a souvenir to replace my missing kindle case, a log cabin paper piecing book which I'm itching to try out, some heat resistant wadding (which may have been a bit of an impulse purchase but I do have a use in mind for it) and a moda Xmas jelly roll for the Xmas quilt I've been wanting to make which I found at the lovely Simply Solids stall reduced significantly - and it was just the range I wanted!  For me quite a restrained fabric shop.


I'll definitely be going again next year better prepared now I know what the Festival of Quilts is like.

PS I think I've managed to keep myself to just one post on the Festival!
PPS I'm not sure of quilt blogging etiqutte but I'm assuming it's polite to include full details about a photographed quilt if I have them?
Labels: Out and about

I'm a thirty something year old who has been crafting since I was first handed a French knitting bobbin at the age of six. I have since learned to knit, cross stitch, and sew. In very recent years I have been seriously bitten by the quilting bug, learning through classes in quilt shops and via the online community. I enjoy lots of varied hobbies, most of which will make an appearance on this blog at some point I'm sure.